Airline Catering Companies: What You Need to Know 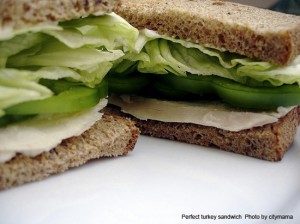 This past week six needles were found in sandwiches on flights from Amsterdam to the United States. The purpose of the needles is still unknown but one thing is for sure, the horrid reputation of airline food isn’t likely to improve from the incident.

On an International Air Charter flight passengers are served wonderful gourmet food that is hand picked and prepared with care. This is one of the many benefits of chartering a private plane.

However, if you find yourself flying on a commercial airline how can you ensure that the food that you are eating is safe? This latest Delta needle incident is bizarre and frightening but it is by no means the worst thing that has been found in airline food. Understanding the process by which airline food is prepared, packaged and served can help passengers understand how to protect themselves not only from needles placed in sandwiches but also from far more common forms of food borne illness.

Airline Food: Where does it Come From?

90% of the airline food found on commercial airlines comes from the kitchens of 5-6 large catering companies that specialize in providing food to airlines around the globe. If you have ever wondered why the food is so universally bad no matter which airline you fly, this is why. Gate Gourmet, the company that produced the needle sandwiches, is one of the largest international airline catering companies in the world. They serve more than 200 million meals a year in more than 100 airport locations around the world. Air Chef and Airline Meals are two of the other large players in the airline catering business. That is a lot of meals and these are huge companies.

Managers and other food workers who are required to deliver food to an airport in the United States must have at minimum: a valid driver’s license, an Airport Transport Authority badge and a Customs Seal for Airport Transport Authority badge. Gate Gourmet in the United States also requires their employees to submit to pre-employment drug screenings, criminal background checks and airport fingerprinting. It was not possible to determine if the company uses the same set of safety requirements for their overseas employees. The needle incident on domestic flights within the United States would be much more difficult to execute.

The size of the airline food catering companies and the sheer number of meals they produce everyday is one of the central flaws in airline food production. Catering is always a complex and taxing process for chefs. It is almost impossible to produce large amounts of food and have it be both safe and delicious when it must be delivered all at once. Anyone who has ever had a large dinner party has some notion of just how difficult a task this is to perform, let alone perform well. This is probably why someone was able to slip the needles into the Delta sandwiches unnoticed. The sheer number of meals produced is also why they are rarely tasty.

Needles placed in airline sandwiches are very concerning but food borne illness is a more common problem when it comes to airline food. The food may sit unrefrigerated at any number of places before it comes to you as you sit reading a magazine on the plane. The longer the food sits, the higher the likelihood of bacteria growth and food borne illness. Airline food catering companies must meet strict food safety guidelines but nothing can prevent the meal from sitting longer than it should on the trolley before it is served. In addition, online airline refrigeration is not always the best.

Tips for Eating Healthy on a Plane