Perhaps unlike any other city, thoughts of Paris tend to flip on our inner dream switch, allowing our minds to instantly transport us there, whether we’ve never been or we just want to return.  It makes no difference.   The City of Lights offers over 2000 years of history, architecture and art packaged like a beautiful  gift wrapped with a big bow waiting to opened.  And for those who can afford to make those dreams come true, the quintessential place to stay in Paris is the elegant Four Seasons Hotel George V, considered the premier lux palace in which to lay your head since its opening in 1928.  There are very few of the rich and famous who haven’t stayed there, and whether they’re society mavens or rock stars, they’ve all counted on the George V as their Paris landing pad.  Noted for its luxurious appointments and unparalleled service, the George V has now upped the ante with the opening of its new 8th floor rooftop penthouse suite.

In a departure from the hotel’s traditional French decor, the new penthouse suite breaks the mold by offering a lighter atmosphere with softer tones and lighter woods, while still maintaining the mood of opulence and sophistication.  Designed by Pierre-Yves Rochon with a pied-a-terre in mind, the 160 square meter (1722sf) apartment offers the feel of a place you’d want to come home to and relax.  Bringing the outside in by playing up the incredible views was paramount to the plan and with multiple windows on all outside walls, the suite has amazing 360° views enjoyable from the inside as well as from all six, yes six walkout terraces that show off the magic that is Paris.

The ultra contemporary spa style bathroom is the kind of place you don’t want to leave.  It features Bulgari bath amenities and has a huge overflow chromatherapy tub in the middle of the room.  The walls and floors are clad in cream colored stone slabs and a huge glass walled in walk-in shower is at one end  with views to the outside and dozens of orchids placed just outside the bath on a terrace.  One surprise of the suite is a room called the Winter Garden.  With cracked tile floors and a dining table with Saarinen tulip chairs, it feels like you’re sitting outside with sun shining in through two walls of glass doors.

The George V is actually world famous for something other than being a haven for rich celebrities.  It is probably the world’s only hotel that’s famous for its amazing floral displays.  It has a celebrity of its own on staff in Jeff Leatham, who brings over 9000 fresh flowers in from the Netherlands each week.  Leatham is the Artistic Director for the George V and is vision behind the unique displays.  Leatham is also the most sought after designer for top celebrity events all over Europe and North America and has been named Europe’s best for the last three years.  From the moment you enter the penthouse suite at the George V, the Leatham touch is evident with fresh arrangements providing a sense of welcome.

Whether you sit on one of the terraces with a glass of wine looking out at the Eiffel Tower, or you decide to get out stroll to the Champs-Elysees, the penthouse suite at the George V is a pretty nice place to lay your head.  Of course, all of this luxury doesn’t come cheap, so expect to pay $24,000 (€19,500) per night for the chance to experience the penthouse suite.  And oh — it is indeed okay to dream.  Remember, that’s what Paris inspires.

International Air Charter pilots love Paris.  Let us book your next trip.  We’ll arrange for the George V to pick you up in their Hermes-inspired Rolls Royce Phantom house car. 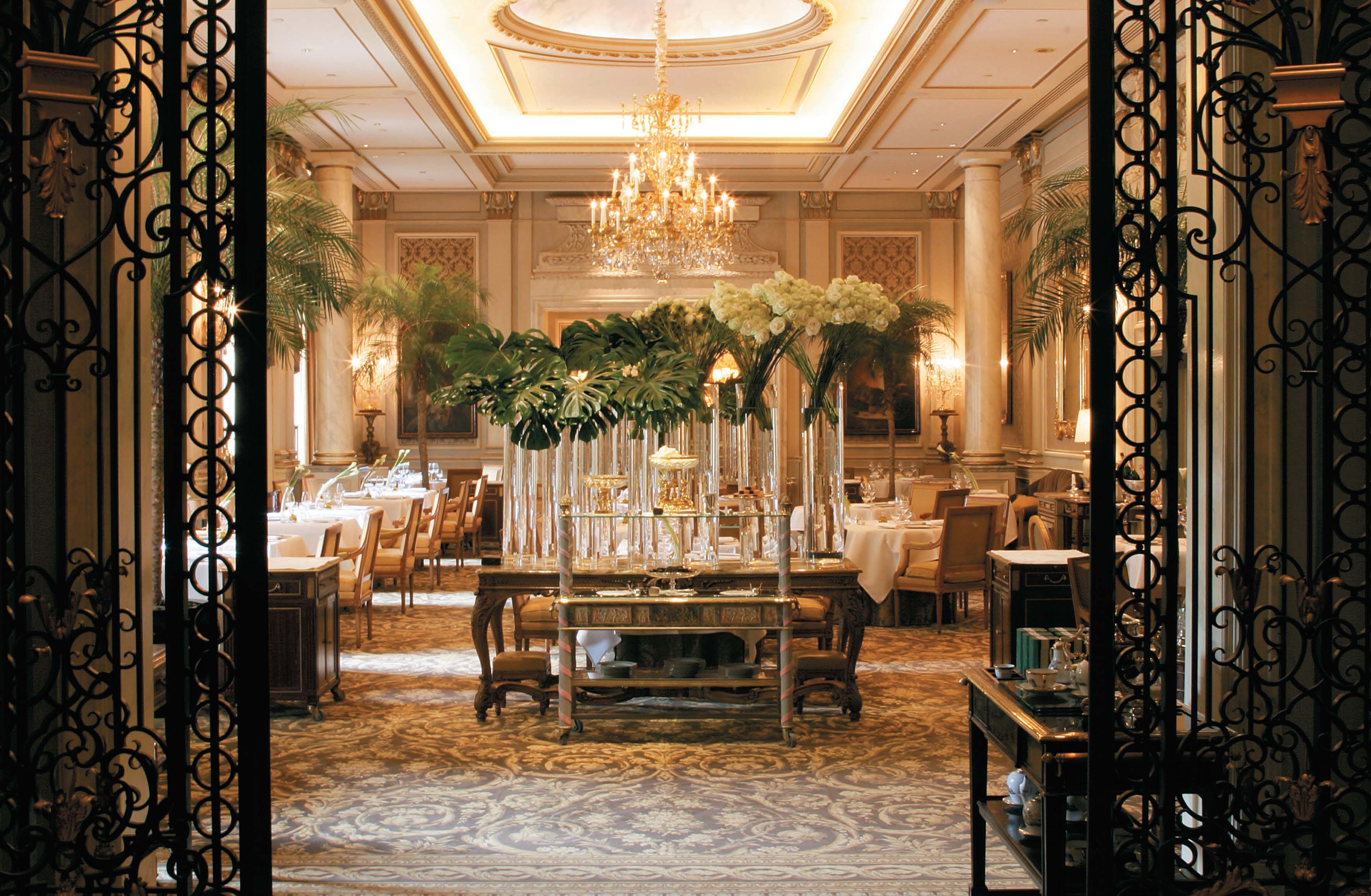