Space Shuttle Endeavour Hitches a Ride to its Retirement Home

The successful  working life of the space shuttle Endeavour officially ended in May of 2011 when it completed its final space mission, but today that finality sunk in as it took to the skies for the last time on a final joyride across the skies of California.  It took off this morning flying piggyback atop a specially fitted Boeing 747 from Edwards Air Force Base in the Mojave Desert for a showoff tour before landing at Los Angeles International Airport four hours later.  Thousands of Californians crowded streets and rooftops hoping to get a last look as it flew over several popular  viewing locations across the state, including low flyovers over the Golden Gate Bridge, the Monterey Bay Aquarium, Disneyland and even the Hollywood sign before finally landing at LAX.

Endeavour will be hangared at LAX while it is readied for its final road trip to the California Science Center where it will go on permanent display beginning in October.  The journey to the California Science Center is a short 12 miles away from LAX, but the trip will involve some significant maneuvering and choreography.  Over 400 trees will have to be cut down along the route to accommodate the shuttle, a fact that has not gone over well with local residents.  As reparation, the museum has agreed to replant twice as many trees as were cut.

Endeavour is the youngest of the five craft in the space shuttle fleet, having been built as a replacement for Challenger after its loss during launch in 1986.  NASA took possession of the $2.2 billion Endeavour in 1991 and it embarked on its maiden voyage on May 7, 1992, the first of 25 successful space missions.  During its life, it docked with the U.S. Space Station once, and with the International Space Station a dozen times, traveling over 122 million miles during its service. 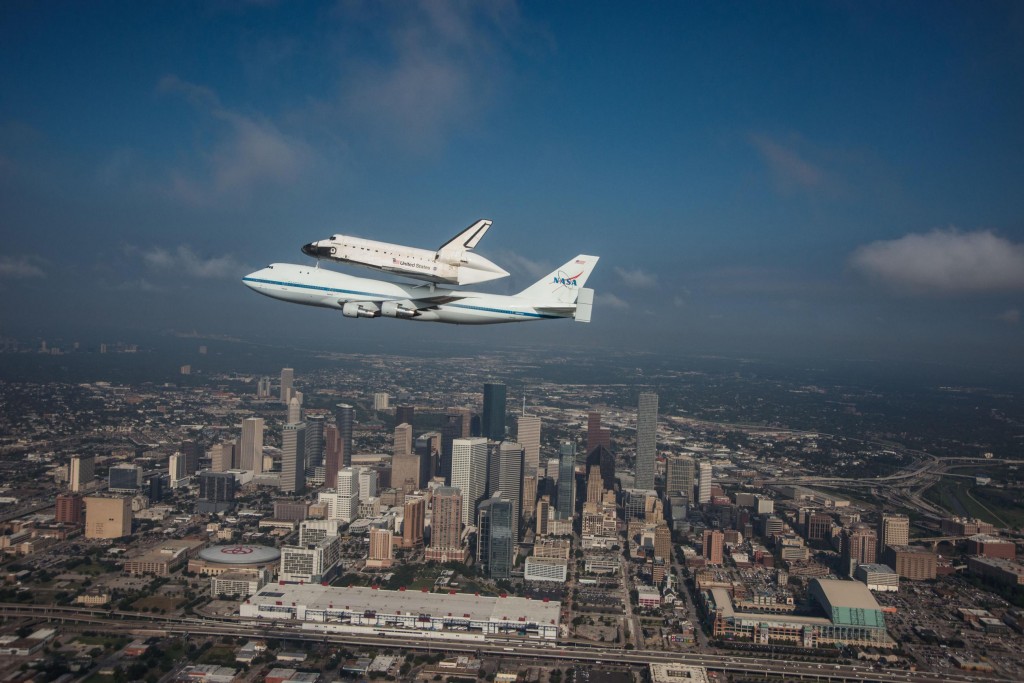 Since beginning the space shuttle program in 1981, and after 135 missions, the United States ended the program in 2011 and a plan was undertaken to place all four remaining shuttles in museums around the country where the maximum number of people could see them.   Discovery has been placed at the Udvar-Hazy Center at the National Air and Space Museum, part of the Smithsonian, in Virginia.  Enterprise has found a home at the Intrepid Sea-Air Space Museum in New York and Atlantis will remain at Florida’s Kennedy Space Center.  And today’s final flight of Endeavour to Los Angeles, home of the California Science Center brings a poignant end to the space program that has been a part of the American fabric for 30 years.